The goth costume is a Halloween costume for both genders. As a goth is a relatively common subculture clique, it can come in innumerable shapes. Many times a person may take an existing costume design and transform it to look more gothic - any costume can be altered into a goth variation! Black is the most common "color" found in goth outfits, with various shades of gray, or deep hues of red or purple used as accents. Pale skin, heavy mascara, black lipstick and lace or leather chokers are also quite common. Children can find fake tattoo arm sleeves and fake piercings to complete the look, while adults can do the same or use their own existing body art. Keep in mind that a goth costume can easily be mistaken for a vampire costume, as the two have similar roots.

Keep in mind that there is an alternate version of the goth known as a rainbow goth. These are not common and could be an easy way to make your costume more unique. A rainbow goth typically wears the same similar style of clothing, only each article is a different color, akin to a rainbow. Hair can also be varying colors. One unusual shade can also be used and still be considered a rainbow goth. 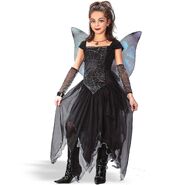 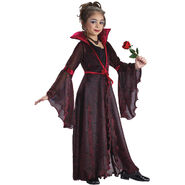 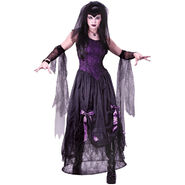 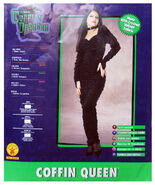 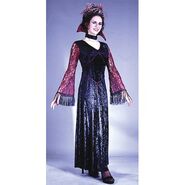 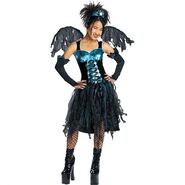 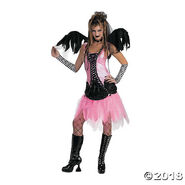 Add a photo to this gallery
Retrieved from "https://halloween.fandom.com/wiki/Goth_costume?oldid=38517"
Community content is available under CC-BY-SA unless otherwise noted.