Pirate costumes are a "traditional", scary Halloween costume. With movies like Pirates of the Caribbean, they may have become even more popular in the last few years. A female pirate costume is generally referred to as a "pirate wench" or simply a "wench".

Pirate costumes have variations: While the Jack Sparrow design has become very popular in recent years, there also includes the Long John Silver and the Blackbeard, as well as sexy costumes (especially for girls), and even versions for children and babies.

The costume usually consists of a pirate hat, a fake hook, a striped shirt usually, and a pair of pirate boots.

The one on the right's a budding pirate. 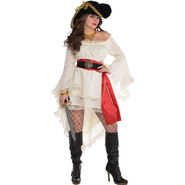 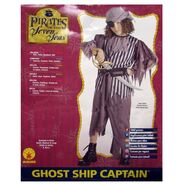 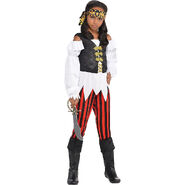 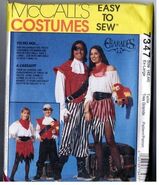 Retrieved from "https://halloween.fandom.com/wiki/Pirate_costume?oldid=38521"
Community content is available under CC-BY-SA unless otherwise noted.